Dan 11:21a. and he stands on post (place/base) of him one being despised and not they give on him splendor of kingdom and he comes in ease and he makes steadfast kingdom in slick dealings. (Hebrew literal translation)

Dan 11:21b. And in his estate shall stand up a vile person, to whom they shall not give the honor of the kingdom: but he shall come in peaceably, and obtain the kingdom by flatteries. (Hebrew/English translation)

The base was the Cluny reform movement. Another person will evolve from the movement, one being despised. The word despise in Hebrew is “nibzeh” means contemptible, vile, disobedience or open disrespect to authority of lawful acts of sovereign or court laws.

Which person fulfills all these character traits and comes from the Cluny reform movement after Pope Nicholas II? It is Hildebrand or Pope Gregory VII as he was later named.

(Lyon 253[1]). In 1075, he drew up a considered statement of clerical power: the Dictates Papae. Simony, clerical marriage, lay investiture were all forbidden and papal power was declared absolute. All secular forces owed the pope submission and he could depose emperors and kings.

(Walker 208[2]). Hildebrand’s election came about in a curious disregard of the new constitution established under Nicholas II. During the funeral of Alexander II in St John Latteran, the crowds acclaimed Hildebrand pope, and carried him, almost in a riot, to the church of the St Peter in Chains, where he was enthroned. He took the name of Gregory VII 1073-1085. (By this act they bypassed the pope’s election system through the cardinals. Thus Gregory VII was disobedient and showed disrespect to authority of lawful acts.)

(Walker 207). The German bishops where hostile, however to the new method to papal election; the Lombard prelates disliked the papal support of the Patia, and the Roman nobles resented their loss of control of the papacy. Therefore Hildebrand and his policies were despised; he comes in ease and he makes steadfast the kingdom in slick dealings.

Hence Hildebrand created the ideal of world of his rulership through the election of the pope.

Dan 11:22b. And with the arms of a flood shall they be over flown before him, and shall be broken; yea, also the prince of the covenant.

According to W. Shea the prince of the covenant is the same wording as that in Dan 9:24-27 which is referring to Christ the Messiah who was crucified[3].

The German bishops and the Roman nobles had lost control over the papacy. Their power was broken. Even the Prince of the covenant´s power was broken. A new covenant was made by Hildebrand. Christ was not the head of the church anymore but Hildebrand the pope was. 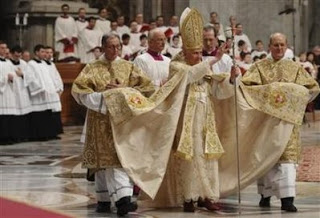 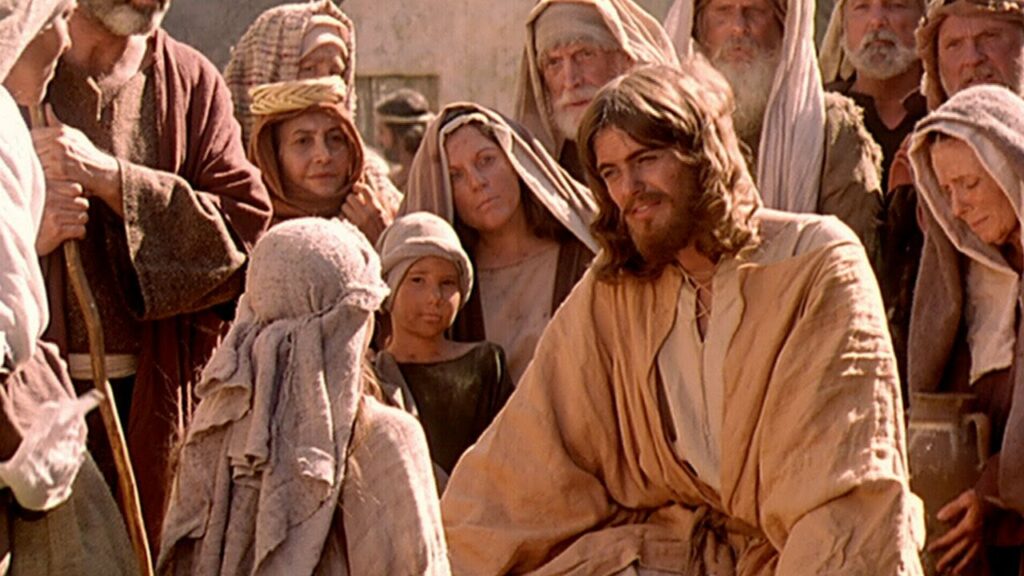 Dan 11:23a. and from to join of to him he shall do deceit and he comes up and he is staunch/loyal/firm in little of nation.

Dan 11:23b. And after the league (made) with him he shall work deceitfully: for he shall come up, and shall become strong with a small people.

“He shall work deceitfully”. All the policies by Hildebrand were done by deceit, so as to gain absolute power. The word “deceit” in the Dictionary says it means to persuade of what is false, misleading, being tricked[4]. This verse sates that this power shall come up and shall be strong with a small people. The Cluny reform movement with its policies in the Roman Catholic Church began small, but then became strong after the policies were implemented and enforced. Hildebrand was firm with all his policies.

Dan 11:24b. He shall enter peaceably even upon the fattest places of the province, he shall come and he does that which his fathers and fathers of him have not done. He shall plunder and loot material of them and lavish it on fortresses, he shall devise devisings further for a season.

The Hebrew word for plunder is “bizah[5]” and means plunder, spoil, booty, of the God´s Temple and strip naked, barefoot.

The Hebrew word for fortress is “mibtsarim[6]” and means fortification, stronghold and related to the temple.

(Walker 208.209). In June 1075, his defeat of the Saxons made him apparently master of Germany, and his attitude towards the papacy speedily altered. Henry once more made an appointment to the archbishop of Milan. (Hildebrand was against the appointment).

(Walker 209). On January 1075 Henry, with his nobles and bishops, held a council in Worms – – – making personal charges against Hildebrand. There a large portion of the German bishops joined in fierce denunciation of Hildebrand and rejection of his authority as pope.

At the Roman synod of Feb 22, 1075, he (Hildebrand) excommunicated Henry. Henry replied with a letter of damnation against the pope. Had Henry IV had a united Germany behind him, the result might easily have been Hildebrand´s overthrow. Germany was not united. Henry was in great danger of losing his throne. It became a matter of vital importance to free himself from excommunication. Henry IV resolved to meet Hildebrand, before the pope could reach the assembly in Augsberg and wring from him the desired absolution.

Henry went, and there presented himself before the castle gate on three successive days, barefoot as penitent. The pope´s companions pleaded for him, and on Jan 28, 1077, Henry was released from excommunication. Excommunication is defined as priest´s refusing to conduct funerals, marriage and baptism to all in Germany.

Later when Henry IV gained the loyalty of all in Germany, he tried again to absolve the power of the pope Hildebrand and this time he succeeded. This did not mean that absolute power from the pope was absolved for all time in the future; it just meant that it happened at this time but the policies for absolute power and ruler ship installed by Hildebrand is still used by the papacy up to this day in the 21st century.

Most SDA theologians suggest the above verse applies to the Crusades or at least one of them, like the sixth Crusade. They imply that the king of the North is the papacy and the king of the South is the Muslim power. However we must use correct exegesis and correct historical facts, and upon doing so, we find that the Crusades as a whole failed to meet their results in taking the Holy Lands from the Muslims.

What were the Crusades?

(Lyon 268). These were religious wars fought by western Europeans to recover the Holy Lands from the Muslims. The remarkable growth of the new religion of Islam threatened to engulf Byzantium (Constantinople). Threatened on all sides by enemies, the Eastern emperors of the 10th century fought a series of wars, defeating in turn the Muslims, the Bulgars and the Armenians. A new foe appeared, however, in the form of the fierce Selzuk Turks who defeated the forces of Byzantium at the battle of Manzikert 1071 A.D. and invaded Asia Minor, depriving the Eastern Empire of more than half of its realm.

(Walker 220). There were about 7 Crusades to the Holy Lands and against the Muslims.

Alexius I 1081-1118 of Constantinople felt unable to cope with the perils which threatened his empire. He therefore, appealed to pope Urban II for assistance. Hence the first Crusade.

The First Crusade was accomplished by the feudal nobility of Europe. Godfrey of Bouillon from Flanders, and his brothers Baldwin and Eustace. Armies came from France and Italy, and no single commander led the host. Constantinople was to be the gathering place. They arrived at Constantinople in the winter and spring of 1096-97.

In May 1097 the crusading army began the siege of Nicea. Its surrender followed in June. On July 1 a great victory over the Turks near Dorylærum opened the route across Asia Minor. Jerusalem was captured June 1099. The complete defeat of an Egyptian relieving army near Ascalon on August 12, 1099 crowned the success of the crusade. This was the only crusade which was a victory.

The Second Crusade was against the capture of Edessa by the Mohamedans in 1144. Bernard of Clairvaux proclaimed a new crusade with Louis VII of France and Emperor Conrad III from Germany. In 1147 the second crusade was set forth. Its forces largely perished in Asia Minor. It was badly defeated in an attempt to take Damascus. The crusade was a disastrous failure. (Walker 222).

The Third Crusade 1189-92. In 1171 the Kurdish general, Saladin made himself master of Egypt, securing Damascus in 1174. In 1183 Saladin´s territory increased to Jerusalem and most of the Holy Lands. Three great armies from Europe met the challenge. Emperor Frederik Barbarossa led the armies with King Philip Augustus of France, and King Richard the Lion Heart from England. The result was quarrels irrupted between the English and France. Philip returned to his land and Frederik was crowned in Cilicea depriving his army of leadership. The Crusade expedition failed.

The Fourth Crusade 1202-1204. Its forces came from the districts of northern France known as Champagne and Blois, and from Flanders. Men had become convinced that the true route to the recovery of Jerusalem was the preliminary conquest of Egypt. On their way they stopped at Constantinople and assisted in dethroning the emperor Elexius III 1195-1203. Constantinople was plundered for its treasures. The Greek Church was made subject to the pope. Jerusalem was not taken however and this Latin conquest was disastrous. It greatly weakened the Eastern Empire, and augmented the hatred between Greek and Latin Christianity.

The Fifth Crusade 1212. A shepherd boy Stefan from France and Nicholas a boy from Germany gathered thousands of children to march to Jerusalem. They made it to Italy and were largely sold into slavery in Egypt. This was also a failure.

The Sixth Crusade. 1228-1229. Emperor Frederik II of Germany was excommunicated by Pope Gregory IX. Frederik went on his crusade in 1228 and the next year secured by treaty with the Sultan of Egypt, possession of Jerusalem, Bethlehem, Nazareth and a path to the coast. One could argue that this was a success and Jerusalem was in Christian keeping to 1244 when it was permanently lost. However we must remember that Frederik the leader of the crusade was excommunicated and therefore not eligible to represent the papacy as king of the North.

What is the alternative interpretation of Dan 11:25?

The king of the Negev is a symbol for the wicked and worldliness and people who do not believe in God. Such an attack on the papacy occurred after Hildebrand´s reign as pope.

(Lyon 260). During the 12th century and 13th century Europe was more settled and the security of the monasteries were less necessary. Towns and cities were developing and offered a new challenge to the church. Traditional expressions of faith were failing to cope with worldliness and growth of population.

Page 1. Chaucer and Langland wrote:- “clerics at all levels were guilty of offenses such as the misappropriation of alms, inappropriate sale of indulgences, failure to provide spiritual guidance, engaging in mercantile trade, usury; drunkenness and adultery. 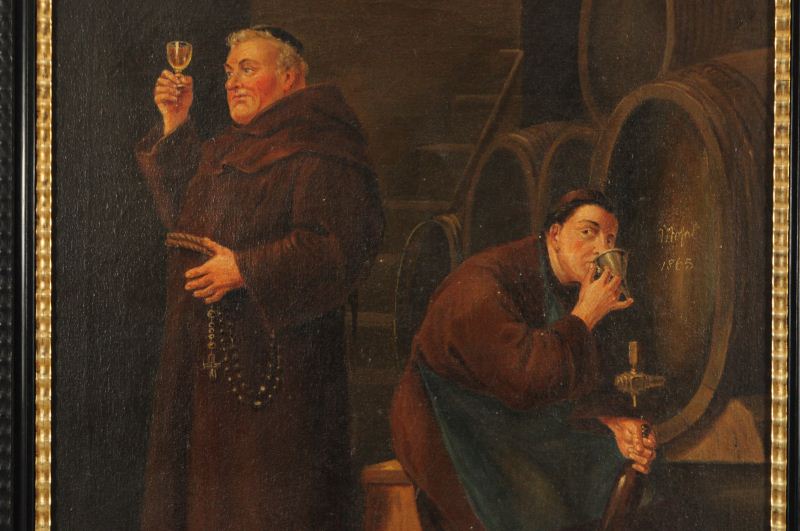 (Lyons 260). As a reaction to this clerical worldliness two movements began in the church. The Franciscan and Dominican orders of traveling friars went around preaching and teaching the people. The friars preached in parishes and towns squares, taught in schools, and eventually dominated many of the universities. 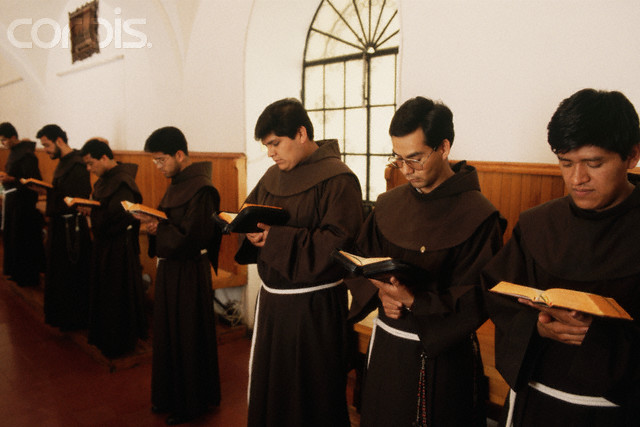 The Franciscans evolved from Francis of Assisi 1182-1226. By the year of his death there were more than 5,000 Franciscans with another 1,000 or more waiting for admission into the order. Francis served his fellow men by preaching and nursing the sick.

Dominicans was founded by Dominic de Guzman 1170-1221. They concentrated their work on preaching and teaching and hunting down heretics. Hence these orders produced medieval theologians like Albert the Great and Thomas Aquinas.

As a result of these orders the papacy attacked the king of Negev (worldliness in the church) and reaped with success as the text says.

Cluny movement Crusades Dan 11:21-25 Dominicans fortress Franciscans Henry IV Hildebrand How the papacy became the head of the church King of the South Why is the pope most powerful like God