Rev 10:1. I saw still another mighty angel coming down from heaven, clothed with a cloud. And a rainbow was on his head, his face was like the sun, and his feet like pillars of fire.

Which person is related to clouds?

Acts 1:9. He was taken up, and a cloud received him out of their site.

Which person is related to a rainbow?

Which person is related to the sun?

Rev 1:16. His countenance was like the sun shining in its strength.

Which person is related to feet like pillars of fire?

The description of this other angel coming down from heaven is none other than Jesus Christ. Christ is also named as an Archangel in Jude 9, Dan 12:1, 1 Thess 4:16.

Rev 10:2. He had a little book open in his hand. And he set his right foot on the sea and his left foot on the land, and cried with a loud voice, as when a lion roars. When he cried out, seven thunders uttered their voices.

In the Greek the text it says “and having in his hand a scroll having been opened.”

What is this little book/scroll Christ has in his right hand which has just been opened?

Which book in the Old Testament Bible was closed and now was opened around the date 1844 at the end of time? It is the prophetical book of Daniel. Dan 12:9 And he said, “Go your way, Daniel, for the words are closed up and sealed till the end of time.”

The sentence in Rev 10:2 which says his right foot on the sea, but the left one on the earth, is symbolic of the scope of the message from the prophetical book of Daniel. It is to be preached throughout the whole of the world. As in Rev 12:12 Woe to the inhabitants of the earth and the sea! For the devil has come down to you, having great wrath because he knows that he has a short time. The sea represents the wicked living in the world Dan 7:1-3. Es 57:20. The earth represents believers in God especially protestants living in North America. Rev 12:6.16. Rev 7:1.2.3.

“The books of Daniel and Revelation are one. One is prophecy, the other a revelation; one book sealed, the other opened. Dan 12:4.”[1]

Rev 10:3 and cried with a loud voice, as when a lion roars. When he cried out, seven thunders uttered their voices.

What does the word lion mean in prophecy? 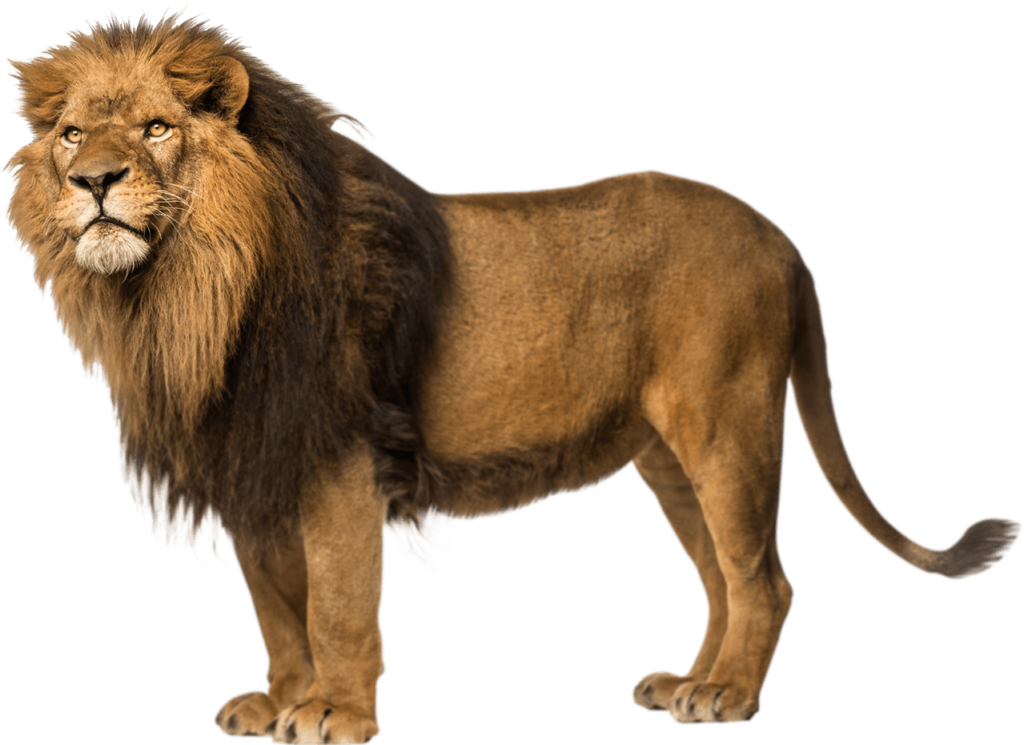 Rev 5:5. Do not weep. Behold, the Lion of the tribe of Judah, the Root of David, has prevailed to open the scroll and to loose its seven seals. (This lion represents Christ).

Rev 9:8. They had hair like women´s hair, and their teeth were like lion´s teeth. (Refers to Moslem soldiers in the Ottoman Empire going to war against their enemies. They crush their enemies like a lion crushes its prey).

Rev 10:1-3. I saw still another mighty angel coming down from heaven, clothed with a cloud. And a rainbow was on his head, his face was like the sun, and his feet like pillars of fire. He had a book in his hand. And he set his right foot on the sea and his left foot on the land, and cried with a loud voice, as when a lion roars. (This mighty angel is Christ and raises his voice like a lion).

Rev 13:2. (A beast coming out of the sea). Now the beast which I saw was like a leopard, his feet were like the feet of a bear, and his mouth like the mouth of a lion. (The sea beast represents the papacy in the Roman Catholic Church system all around the world. When they talk like a lion the nations tremble because of their power and authority).

Lion represents Christ in prophecy, then power, Muslim soldiers at war against their enemies, Christ with a loud voice of authority, and the papacy in the Roman Catholic Church system who talk with power and authority to cause nations to tremble.

What does thunder mean in prophecy?

A short word study on symbolic meaning of “thunder.”

1 Sam 7:9. But the Lord thundered with a loud thunder upon the Philistines that day, and so confused them that they were overcome before Israel.

Job 26:14. But the thunder of his power, who can understand?

Job 37:4. He thunders with his majestic voice.

Rev 4:5. And from the throne proceeded lightnings, thunderings, and voices.

Rev 6:1. I heard one of the four living creatures saying with a voice like thunder, “come and see.”

Rev 10:3. (Christ the mighty angel) cried out with a loud voice, as when a lion roars. When he cried out, seven thunders uttered their voices.

Rev 10:4. Seal up the things which the seven thunders uttered and do not write them.

The voices of the seven thunders are primarily from God´s voice and from the living creatures around the throne. John the writer of the book of Revelation lived during the first century. The messages he received from Rev 1:1 to Rev 10 were not sealed. It was sealed only after Rev 10:4. This message would also be related to the book of Daniel which was also sealed in Dan 12:9.

When were the prophecies of the books of Daniel and Revelation opened for our understanding?

Rev 10:8. Then the voice which I heard from heaven spoke to me again and said, “Go take the little book, which is open in the hand of the angel who stands on the sea and on the earth.”

The little book is referring to the book of Daniel in combination with the book of Revelation. For they were both sealed and now they were opened at the time of the end in 1844 at the close of the 2,300 days prophecy in Dan 8:14.

Rev 10:9. So I went to the angel and said to him, “Give me the little book?” And he said to me, “Take and eat it: and it will make your stomach bitter, but it will be as sweet as honey in your mouth.”

What does this mean that when the little book was eaten and it will make your stomach bitter, but it will be as sweet as honey in your mouth?

The answer can be found in Ezek 3:1-4. God is speaking to the prophet Ezekiel and telling him to eat a scroll which means the words of God. When Ezekiel read the word of God in the scroll, he understood it. These words tasted like honey in Ezekiel´s mouth because he delighted in God´s word. But when Ezekiel preached these words to the house of Israel, they would not listen. The words became bitter in their stomach´s. What was the message Ezekiel should preach to the house of Israel? He should preach condemning the people of their sins and wickedness. Ezek 3:17.18. Son of man, I have made you a watchman for the house of Israel; therefore, hear a word from my mouth, and give them warning from me. When I say to the wicked, “You shall surely die,” and give him no warning, nor speak to warn the wicked from his wicked way, to save his life, that same wicked man shall die in his iniquity; but his blood I will require at your hand.

This illustration is similar to that used in Rev 10:9. The prophecies in the book of Daniel tasted like honey to the believers in 1844, because they understood it as the words of God from heaven. However, the words became bitter in their stomach´s because it resulted in a bitter experience at the end of time.

Let me explain what happened in 1844. “These prophetic days (2,300 days in Dan 8:14) had been shown to terminate in the autumn of 1844. In common with the rest of the Christian world, Adventists (who were believers from different church denominations were looking forward to Christs second coming) then held that the earth, or some portion of it, was the sanctuary. They understood that the cleansing of the sanctuary was the purification of the earth by the fires of the last great day, and that this would take place at the second advent. Hence, the conclusion that Christ would return to the earth in 1844.

But the appointed time passed, and the Lord had not appeared. The believers knew that God´s Word could not fail; their interpretation of the prophecy must be at fault; but where was the mistake?”[2]

Rev 10:11. And he said to me, “You must prophecy again about many peoples, nations, tongues and kings.

The Greek word έπί (epi) which is “about” in the text, should be translated “over” or “to” many peoples, nations, tongues, and kings. The subject is not the peoples, but prophecy should be preached to peoples, which is the object in English grammar.